Embracing 50: age is just an illusion 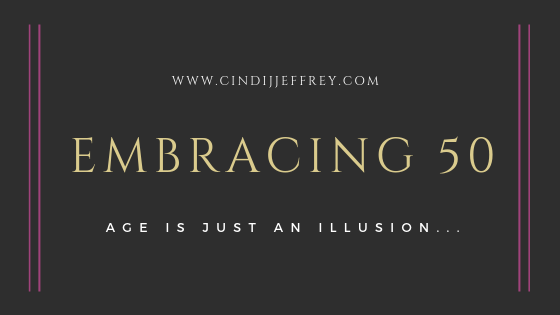 Age is an illusion

Or is it? As a freshman in high school, I thought the seniors were old…and by seniors, I meant the 17 and 18-year-olds!   I would panic when a senior even looked at me and my young self, as the age of 18 was technically an adult! Furthermore, someone in their 20’s was fricken ancient, which made anyone near 50 a senior citizen!  Needless to say, back then, I  was also that woman who was not going to get married, nor was I going to have children. I was going to complete my Ph.D. and take care of the world.

This decade was an extension of my teens, albeit while attending college. Looking back, I can’t imagine how I would have prospered if I had actually studied more and partied less. I honestly don’t know where the energy came from, as all I did was worked, studied and went out. Repeat. And repeat again.

The transition to adult employment was less tragic than I would have imagined. It turns out I was pretty good at what I went to school for (who would have thought). And amazingly, I could live easily it up at night and work all day! I moved into my first apartment, purchased a pack of smokes and a six pack and consumed both while sitting in front of my giangantuaous platform tv watching Beverly Hills 90210 (I didn’t smoke, just like the independence). Suddenly, I was a somewhat self-respecting grownup who paid my own bills and was fast realizing that there was more to the world than going out and being social.

As my friends began to settle down, I was still in denial that settling down was for me. I surrounded myself with others who loved to live life to the fullest and enjoy the world. I worked, worked out (less as I began to work more) and went out.  It was during one of those nights out that I picked up the phone and left a message for a long lost crush of mine (yes, it was one of THOSE calls). We all have that “one” that never leaves our mind or our heart. And after dating on and off since we were 16, we made the decision to move forward…together.

This was a challenge for this wild and independent girl. Now I was sharing a bathroom with a boy!  lol And we were making plans for a future…together (gasp)! Thank the Lord that he was patient and understanding because anyone who knows me also understands that I am not the easiest person to be around.

We got a puppy…together…it was the ultimate commitment in my book. That is until he proposed.

Chad and I were married at the same time that some of our friends were getting divorced. It always seemed as though I was in a different life stage than those around me, which was probably true, since I was the one to do things my way. About the time that Chad was settling into his profession, I decided to go to graduate school, still thinking I would pursue my Ph.D. I did get my Master’s; however, I stopped there, as our priorities changed when we had our first son at the age of 39.

For the midwest, 39 is really pretty old to be having a baby. So not only did we endure the whole “Advanced maternal age” comments within my chart, my body was pretty shocked at what I was asking it to do.  This pregnancy knocked me on my ass and bedrest soon took me out of the world, but it was all worth it.

And this woman who wasn’t going to have kids? She became a stay at home mom.

So, if 39 is old to have a baby, our prayers were answered when we had our second son at 40. Truth be told, this decade is a blur. Two babies, four dogs, three moves to two different states and three different homes. Multiple surgeries, multiple injuries, hormone changes, weight changes…blah, blah, blah.

My 40’s were dedicated to my failing body and raising my boys. For someone who was never going to have a family, I can’t imagine my life any other way. I don’t believe we have kids to teach them the ways of the world, I believe we are given children so they can teach us. Watching the world through my children’s eyes is simultaneously amazing and terrifying. These boys reminded me there is more to the world than what I was focusing on, and thank God for that.

50 is a time of rebirth for me. The boys are getting older and more active, just like their mom. 50 is when I give myself permission to be selfish and focus on me. It’s time to get back to basics by making my wellness a priority and learning to say no to what doesn’t feel good. It’s a time of discovery and soul searching. If you need help on this journey, please see this previous blog post I wrote.

For me, it’s a time for reflection and asking God where He wants me. After seeing so many of my family members and friends leave too soon, I vow to never take a birthday for granted. Where I used to cry on my birthdays, now I embrace the opportunity for another day with my loved ones. So, thank you, Lord, for your work in me.  I am excited to see where you lead me next as I step out of my comfort zones. After all, God has never left me through this adventure and I trust He knows the next chapter of my story.

I just need to stop trying to take control of the journey. 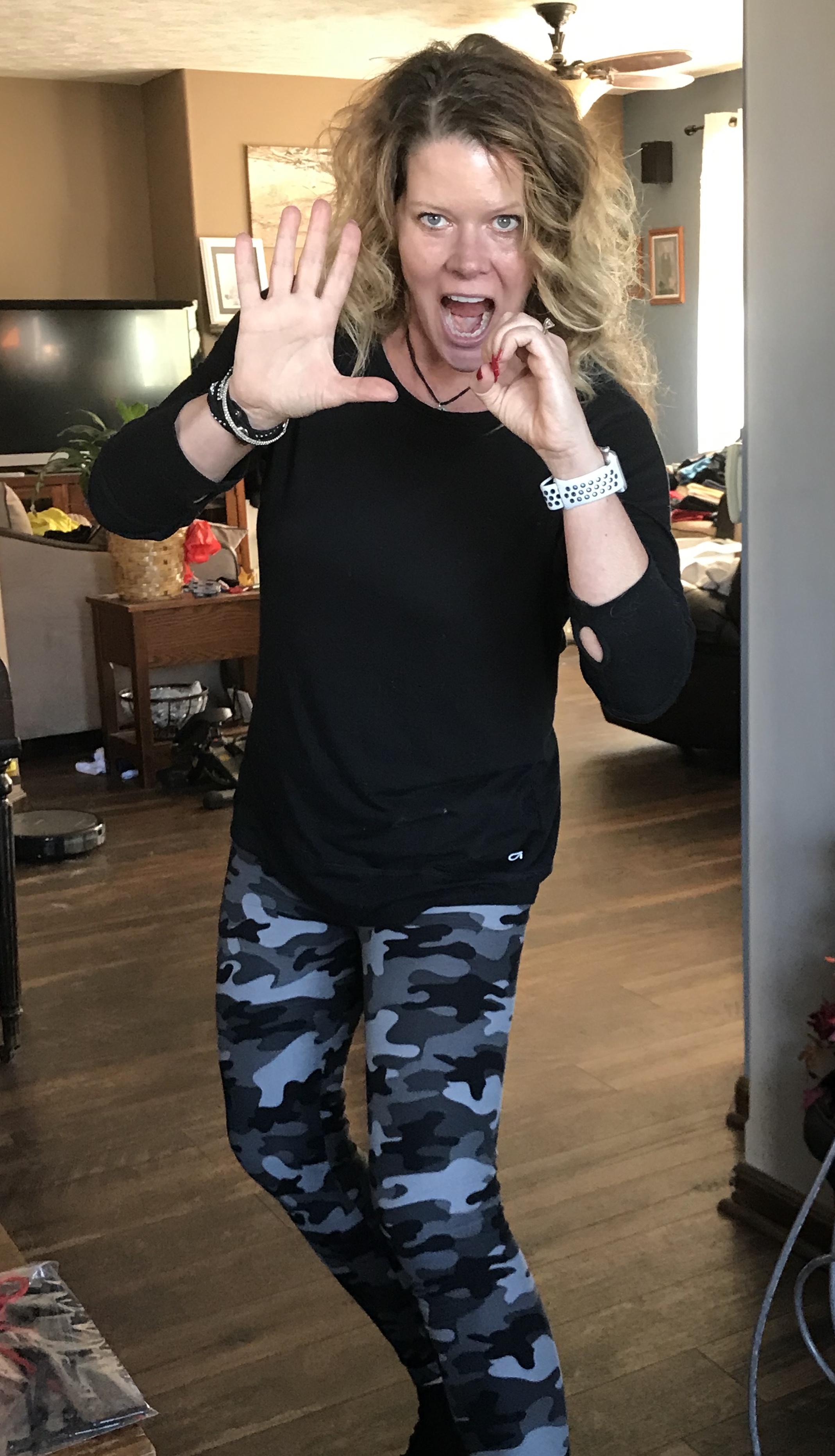 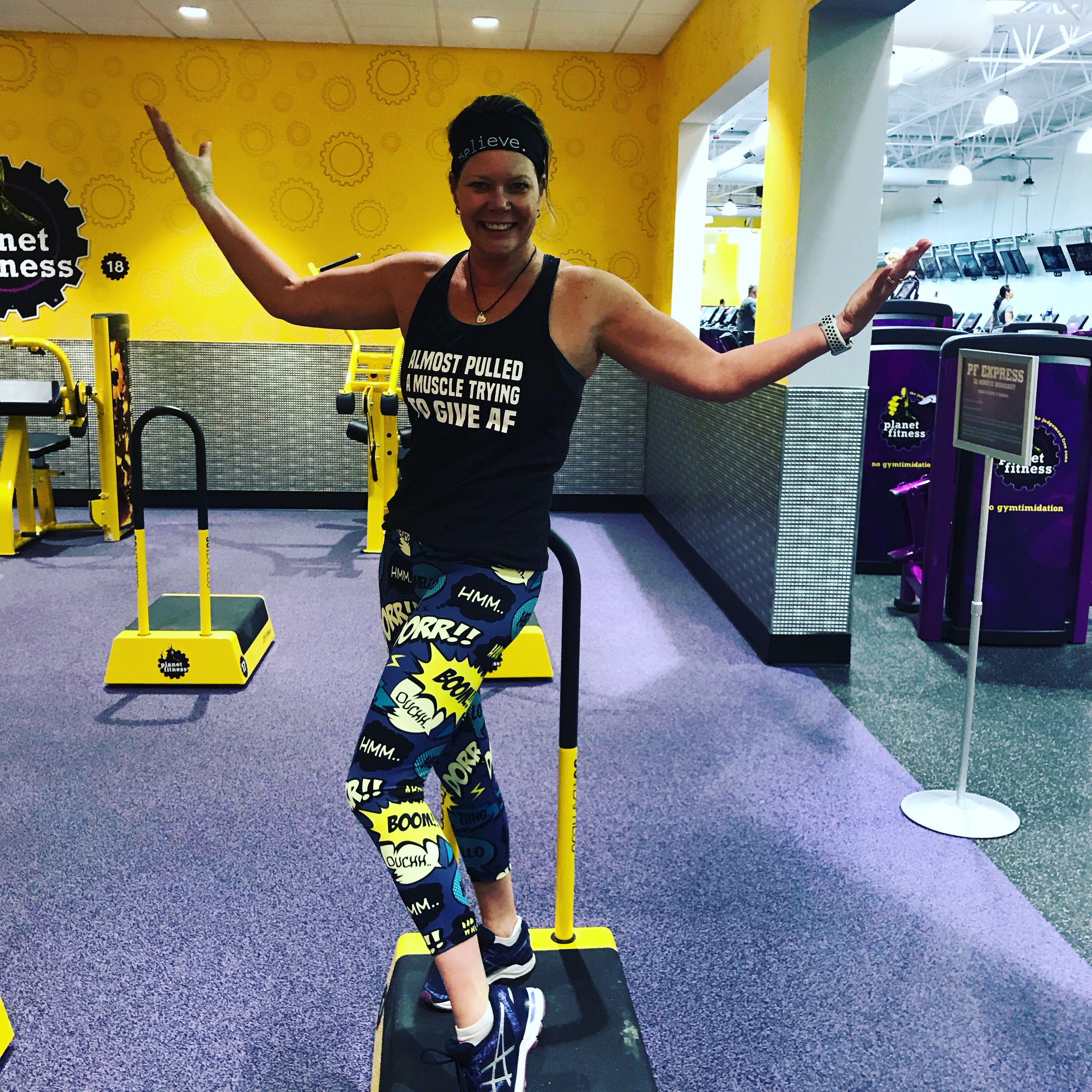