Anxiety, is it real? Or all in our head? 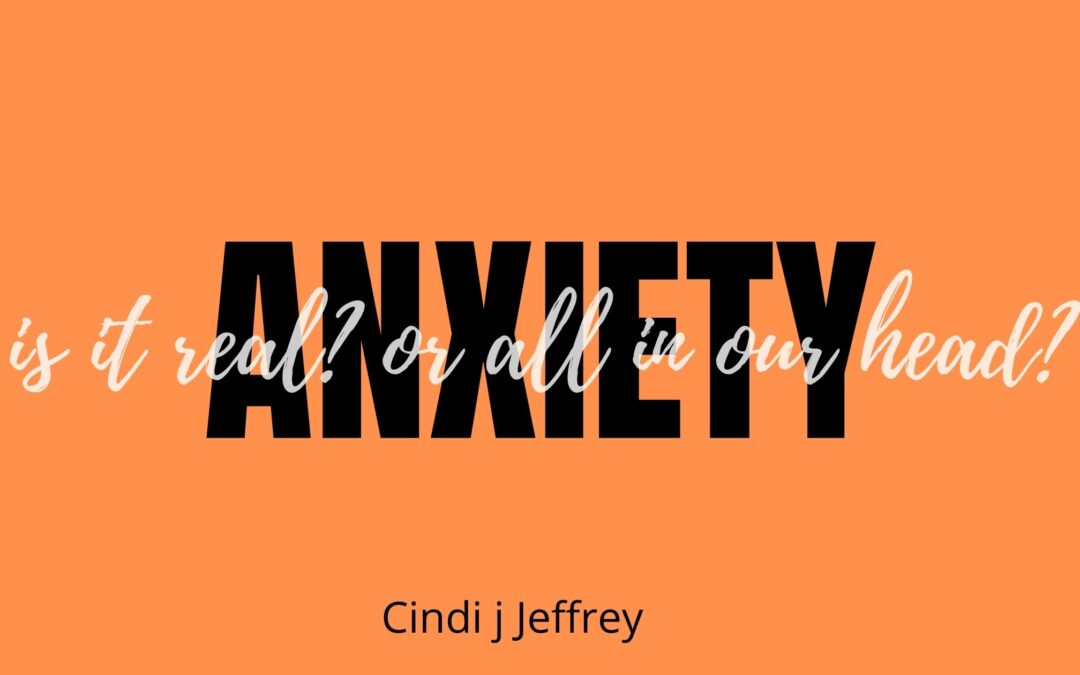 Ugggg…what a fuckin nightmare. It is different for everyone, yet no one really understands what it is or where it comes from.

I have experienced anxiety since I was a little kid, however, I didn’t understand that was the underlying condition. 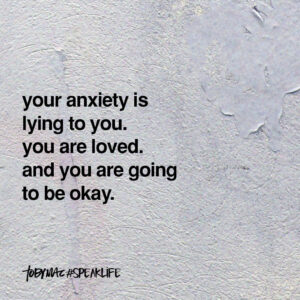 I could (and still can) rationalize it away. Like most kids, I would be afraid of what was under my bed, or what could be lurking in my closet. However, I took it a step further and began to unplug every electronic device in my room, so a fire would not emerge.  Futhermore, I would be afraid when my brother ate alone, because I didn’t want him to choke. Additionally, there were days I went without eating because I was sure I had a lump in my throat. It took the doctor telling me I was fine before I ate some real food (therapist friends, analyze that one, I have).

What you see is not what is happening

Perhaps the biggest and most creative thing I pulled off was the following: One day I was playing in our attic, (which also kind of became a toy room, as it was a small room off directly off of my bedroom)…I discovered we had rat poison in there and I freaked out. From that point on, I would not touch anything from the attic as I associated it with that poison and was terrified I would become poisoned. I associated the rat poison with harm to my own person.

Eventually, this manifested into me my touching my food and I even made a game at the school lunch table…I wanted to see who could eat without touching their food. I can’t remember how long this went on, but even as an adult, I can remember how strong those feelings were and how I was sure something bad would happen if I couldn’t control my surroundings. Side-note: I am pretty sure I never stepped foot in in that attic again.

Often, anxiety stems from a lack of control of your world. It’s no secret that life is chaotic  and as a child who needed structure, I began to internalize my anxiety, often leading to racing thoughts and dysfunctional though patterns. I would begin to doubt my worthiness, or I would begin to exhibit Obsessive Compulsive Disorder behaviors. I wondered why God didn’t love me enough to protect me from the things that were happening around me.

As I grew into a teenager, those OCD behaviors manifested. I would draw crosses on my homework, or I would feel the need to avoid certain foods, drinks, or places for fear of something bad happening to me. Little did I understand that I was creating my own little world of negative thinking and fearfulness.

I was typically home alone from the time I got home from school (when I attended) to when I went to bed, leading me to be terrified of something happening. To ensure I would know if anyone ever entered my home and to feed into my OCD, I would place all of our throw rugs a certain way. If they had been moved, I would know someone had entered my home. I remember one day I arrived home from work and saw the first rug scattered by the front door…as I walked trepidisciously through the large, two story home, each rug was moved…I was so fricken terrified that I ran out the front door, only to discover, my best friends parked down the street laughing at me. 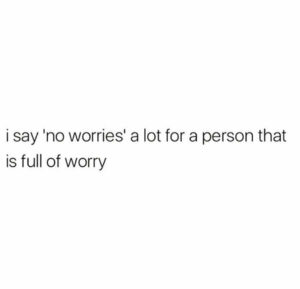 I knew my brain was wired differently, I just didn’t know how to handle it. I did the best I could to control those thoughts, but it was exhausting. This once A student and pretty good athlete began to fail classes and lose interest in sports. I began to self medicate with alcohol as it would numb my senses. I slept more. The cycle began and contrary to my own interference, the guilt, self loathing and anxiety continued to increase.

Looking back, the adult me wants to hug the child me so tightly that little me understands she is not alone. This was during a time period when my parents were either working or not home and my brother was trying to figure out his next chapter. I was the lost child. The one that drifted just under the radar and did enough positive things to walk the line. I needed help, but even I couldn’t recognize that, nor could I ask for it. And when I did, or when it was offered, I was not the easiest patient to work with.

Anxiety looks different in everyone

The grown up me looks back and recognizes my delinquent behavior for what it was…anxiety and depression. I was begging for attention, regardless of positive or negative. My interactions with adults were minimal, as my dad worked nights and I didn’t live with my mom. My teachers saw very little of me, as I only attended school sporadically. When I was there, I was apathetic and/or disrespectful.

There is a saying “All it takes is one person to believe in a child for them to be successful.” Fortunately for me, I had a teacher and an associate principal who both saw past my emotional walls and  believed in me. I pushed them away and I definitely tried to maintain my boundaries, but they prevailed, and because of them, I did graduate from high school.

Conversely, the other thing the grown up in me can see is that my parents were doing the best they could do. Divorce is devastating for all involved, no matter what steps brought a family to separate (I could write another piece on this). We can question the why’s and the why nots, but at the end of the day, we can’t change anything. It’s really fuckin hard to parent when you are struggling to take care of yourself, trust me, I know this for a fact.

Grant yourself GRACE, my friend. I am. 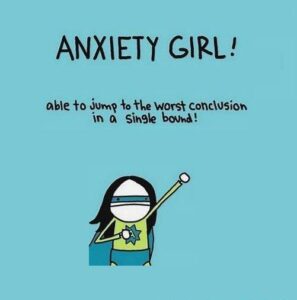