No one should die alone…Death is not a solo act. 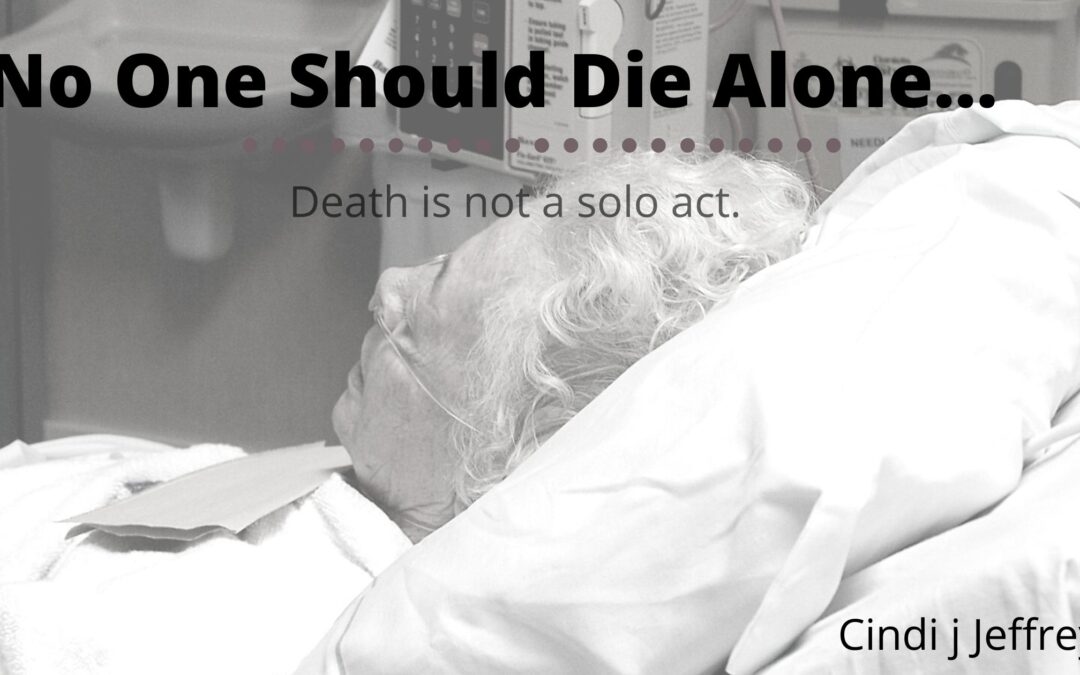 Seriously, this is one of the most difficult blog posts I have written. I have been thinking of it for some time and just have not been able to bring myself to actually articulate the words, let alone type them. However, this pandemic is seriously making me face some tough truths, none of which are exactly comfortable to acknowledge, especially when it comes to death. 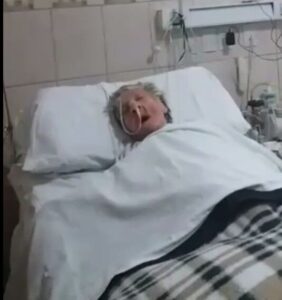 I  imagine the majority of you are being hit hard in at least one area of your life right now. Whether it be financially, physically, or within a relationship, none of us could ever have prepared for what our world would look like at this very moment. I can’t imagine any of us would have predicted this reality when the world shut down in March of 2020.

There are times when death sneaks up on us without warning. That was the case with my brother a few years back. Honestly, out of all of the people in my life, I truly thought he would be the one to outlive us all. He didn’t. Ironically, he had made plans ago meet us that next week. No one could have predicted his untimely and unexpected passing.

Other times you have warning. For instance, we knew my mom was ill, we just didn’t realize exactly how far she had declined. The last day we talked, I received a call a short time later, saying she was declining and she wanted me to make a decision about her being vented. I was so taken aback, after all, I had just chatted with her a few hours before. To this day, I remember hearing her in the background and begging me to help her make this decision.

So I asked if she was ready. She was changing her original decision of not prolonging her life (which is not uncommon). Than I asked who her Power of Attorney was (POA) and was told it was me.

Keep in mind, this conversation as taking place in front of my boys’ school, as I picked them up for the day. I briefly remember asking one of my friends to take the boys until I completed the phone call. After all, illness doesn’t occur when it’s a convenient time.

She went on the vent

I knew from the moment she went on the vent that she would not come back to us. She was depressed, she was lonely and her body was failing. As her POA, I received countless updates and had unlimited decisions to make on her behalf throughout the next three days.

None of it was easy.

The only thing that was keeping her alive were medical interventions. I arrived three days later and on the drive, I received a panicked phone call from family, telling me she was declining fast. Consequently, I was unsure if I would reach the hospital before she passed away. With the help of my sister in law and my dad, I  arrived at the hospital and incidentally, I had totally forgotten how to get there, even though that was my hometown.

It isn’t a secret that my mom and I had an adversarial relationship, but she was my mom. She gave birth to me. She fought her demons, but don’t we all? I wasn’t sure what to expect when I arrived, but for hours, my aunt, uncle and cousin and I sat around and told silly stories, which I am sure my mom listened to. While it was a shitty time to visit, we actually had a few laughs.

Then they all left and it was just me and mom. I pulled up a chair and sat by her bed and as the minutes ticked by, I watched her heart rate become sporadic. Her heart rate would dip and skip beats, before getting back into a rhythm. I watched her hands and feet turn dark. As medical personal stopped in to check on both of us, I sat in awe of her body shutting down.

I held her hand and played music that I haven’t listened to in year, cracking bad jokes because that’s what I do when I am uncomfortable. Of note, other than being with my pets when it was their time, I had never witnessed another living being shut down. It was painful. It was emotional, and it was so final.

A decision needed to be made

The next morning, I felt compelled to make a decision  I did NOT want to make. However, watching her struggle was unfair and

she had declared me as her decision maker. When I talked to the nurse, she knew enough about impending death that she told me it would be soon; as mom was already fading away from us.

I made the calls and together with my aunt, cousin and family friend, we gave her permission to go. And as her heart rate faded away, we said our final goodbyes. There were so many mixed emotions at that time because while we knew it was in her best interest, it was so incredibly final.

My mom’s passing never quite goes away. Being with someone as they pass is both a privilege and a curse as it is beautiful and painful. My consciousness understand that she is no longer in pain and she is reunited with loved ones who were already gone, but my heart still holds on. It’s the what if’s that are haunting.

Covid 19 robs our current society of the ability to be with a loved one when that time comes. Our loved ones are forced to die alone, or with caretaker who are hidden behind protective gear. They don’t have someone there to guide them into the next life, nor can they hear the words of their family and friends, telling them it is ok to go.

Covid 19 is a cruel their who is robbing us of what makes us humans…the ability to touch, to psychically connect and to provide comfort when it is most needed. My heart is breaking for the patients who have or will succumb and the staff members who do their best to accommodate their needs.

For once, I have no advice or motivational words. This just fuckin sucks.Take care of you, my friend.