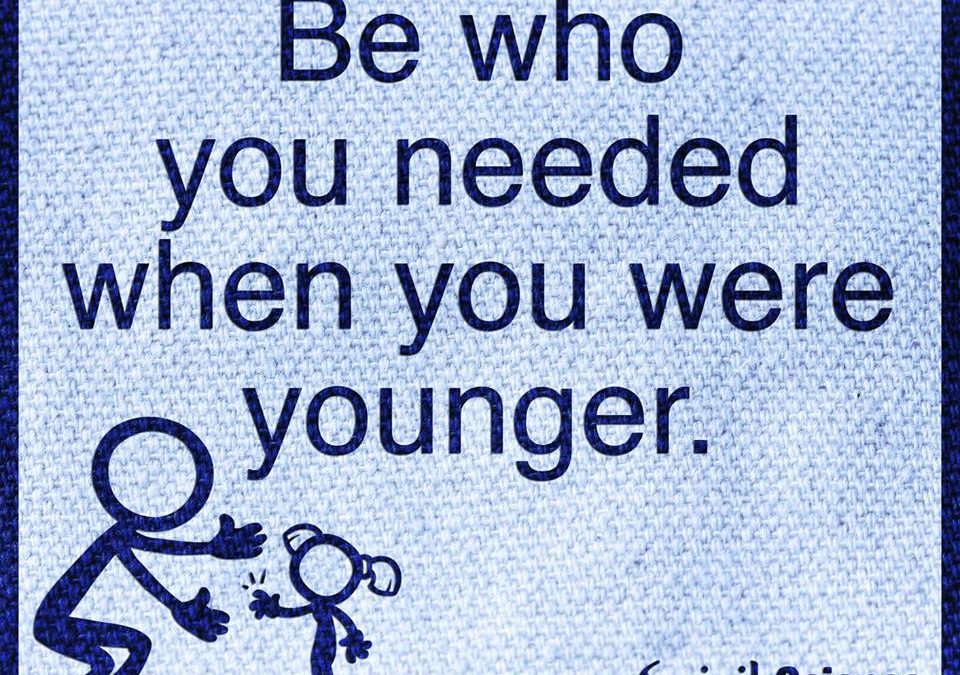 We are defined by the words we associate with ourselves.  I am a mommy.  I melt when my boys say my name, even when it is the 400th time that day.  I don’t take this position lightly.  Allow me to address a situation that occurred in our life.

Earlier this week, my sensitive child came home from school thinking he was a “bad” boy.  To say I was appalled is an understatement.  Some of his classmates had been having difficulty and acting out and he was put into what he perceived to be the “bad” group.

He was visibly upset, as this is the child who follows the rules.  He is kind to everyone, particularly those who don’t have many friends.  He tries to maintain the status quo and doesn’t do a lot to stand out.  He often fails to do his own work when a classmate asks him for help.  I will not say that he hasn’t broken the rules, as he has.  He has made some poor decisions, as we all have.

So for him to share that he was a “bad” boy was unacceptable.  It is so easy to put someone down yet so hard to build them back up.  His dad and I spent quite a bit of time talking with him about our expectations for him.  I wish I could say this was the first time this has happened, but it isn’t.  In the past we have had to talk with him about how he perceives the actions of others in regard to the reality of those actions.

For a sensitive child, overlooking positive behavior is detrimental.  Even if he performs well, he relies on the feedback of others to feel better.  A sensitive child does not have the internal drive that guides him do complete his work, or stay in his seat…he will always follow his inclination to help a classmate who needs assistance or to worry about everyone else.

It crushes my child if you forget to greet him in the morning.  We work very hard on the way to school to prepare for the day and when he leaves the car to walk into the school, the direction of his day can often be determined by how high he holds his head.

He isn’t consistent in his work.  Plese don’t ever confuse that with his level of intelligence.  He doesn’t forget ANYTHING.  His capacity for work is contingent upon how he feels about himself, OR how he feels about you, as his teacher.  If there isn’t a connection, he will probably not perform at his highest.  It takes him time to trust you and that trust is earned in regard to your interactions with him and with others.

He is a watcher.  He notices who is in trouble and who does well.  He notices that he has never been picked as student of the week.  He tries to please you, and when you fail to acknowledge that, he will stop trying.  As he begins to fall behind, he feels overwhelmed and eventually will stop trying.

He is 7.  He needs to play.  He needs a break from being “busy”.  He needs to run and be silly.  While he may not be as athletic as other boys, he loves to be around everyone.  He is learning that he can’t throw a ball as good as someone else, but that doesn’t mean he doesn’t want to.

There are things he excels at.  Please take the time to ask him what he likes.  It may take  2 minutes from your day, but I promise you, it will mean the world to him.  Ask him how he feels and you will learn more about him that you ever knew.  Don’t categorize him or any other child, for you only see the tip of who they are.

It hurts me to watch him walk into school when he feels like a “bad” boy.  He is a little boy and he is still learning.  I know that you have many students to watch over and you have an integral job of guiding who they will become.   I understand that your day is chaotic and your job is sometimes thankless. Please take a moment and acknowledge my child as a person, as a little boy who wants to please you, as a little boy who is learning.  We are trusting you to guide our child, please don’t take that lightly.